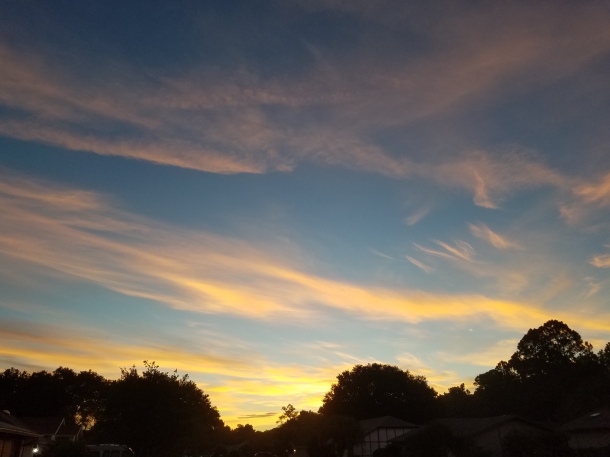 In the quiet hours, only I stirred… or so I thought. But the sky began to wake as well. Subtle, yet colorless, rising light began to peek above treetops and between branches, but even the clouds were still lazy and refused to move out of its way. The once eagerly twinkling stars seemed to fade as the sky phased from deep midnight blue to cornflower blue, while cotton candy pink streaks reflected onto the dissipating clouds and played in the growing light. Purple and fire-yellow seeped into the masterpiece, and I realized I had lost all my other senses in those moments. Now, silence fled as birds began to sing and flit about in the trees, anxiously awaiting a new day. I finished my coffee.

Author of MEMOIRS OF AN ORDINARY GIRL series http://bit.ly/tlklaes
View all posts by caverns of my mind »
← Hook ‘em While They’re Young
View the Uphill from Under the Hill →