Word to my Motha! 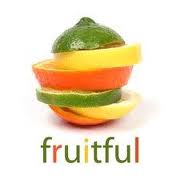 When I was growing up my mother would occasionally get “a word from God” for somebody, or a scripture she felt God wanted her to give to one of my sisters.  Stacy, my oldest sister, got Jeremiah 29:11, my favorite scripture in the entire Good Book.

11 For I know the plans I have for you,” says the Lord. “They are plans for good and not for disaster, to give you a future and a hope.

But Mom never had anything for me.

Then, a few months ago she called to let me know she had been reminded of a scripture God showed her when I was born.

John 12:24: I tell you the truth, unless a kernel of wheat is planted in the soil and dies, it remains alone. But its death will produce many new kernels—a plentiful harvest of new lives.

As she revealed this to me, all I could think at first was that dead kernels of wheat did not seem nearly as exciting as God giving me a future and a hope.  What was this supposed to mean?

Of course it came with a story.  I knew I wasn’t exactly a “planned pregnancy”; I’m the youngest, so my parents had planned to stop after my middle sister Lisa.  I also knew my parents had thought I would be a boy, but that’s as much as I knew.  Apparently my mom figured since I was a surprise God must be planning to give her the boy she’d always wanted and she even told people she was having a boy.  In fact, in my parents’ certainty, the name Jason had been chosen.  Then there I was…not. a. boy.

The above scripture had been brought to Mom’s attention around that time and she realized that perhaps her desire of having a boy was the kernel of wheat that had to die in order to give life to something else-me- and I’m pretty awesome, so I guess that worked out after all (I’m really only half kidding).

Also, remember my parents had not even bothered to pick out a girl’s name so when I was born, my mom said the Lord gave her my name, Terri Lynn, and she realized later that Terri actually means “to reap,” or in other words, be fruitful, just like the last part of the scripture (when I was a kid the word reap actually freaked me out, so I went with the other meaning of my name- caring one).  So, for whatever reason, my mom had to let her dream of having a boy die and produce me, the new fruitful kernels.

As my mom told me this I began to wonder how I am fruitful and what this means for me.  Robert and I have not had, nor do we plan to have children because we never felt to urge to do so, so it has to be a more of a symbolic fruitfulness.  I feel this lends itself as support that God is calling me to somehow reach out to others more, and possibly towards my passion of ending human trafficking.  The name Terri is originally derived from Teresa, and that always makes me think of Mother Teresa, a woman used by God to be fruitful, though she obviously had no children of her own either.  I’d be honored to follow in such footsteps.  I ask to be less of me and more of Him. 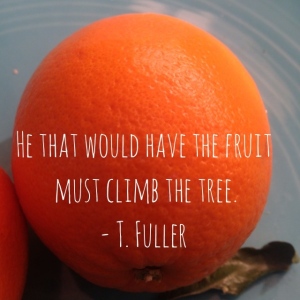 Hope and a Future

I’ve neglected my writing lately, both in blog posts and creatively for my book sequel.  My mind has been a jumbled mess and I just haven’t had the time to sort out all the pieces.  This sounds bad, I know, but it really isn’t.  Ok, I concede that the neglecting my writing part is far from good, but my jumbled mind is not so much.  Changes are looming and I just haven’t really felt I can write about it all yet.  It’s all about timing, right?  That’s what “they” say anyway.

I’ve been going through a time of learning and preparation for changes, I think.

A recent lesson:  Robert and I signed up to go with our church on a mission trip to Costa Rica (click here to read my post recapping this trip). I went last summer and it was an amazing experience in many ways.  Robert was excited to have this opportunity, and I was thrilled that we would be doing it together this year.  Our hearts were set on it for months, since I came home actually.  Those who know me know that I am a planner and when I get set on something, well, change is not good.  Yet, change is sometimes necessary.

One evening, I got a phone call in which I was informed that the Costa Rica trip was cancelled, but there were still a few spots open to go on one of the Guatemala trips.  I hung up the phone, told Robert, and waited to see if I was going to be angry or sad, and to see his reaction.  We both took it well and quickly decided this was for a reason and we now had a new opportunity, one we had not expected.  No tears were shed, no items were thrown across the room, and no yelling was uttered from either of us.  We were immediately accepting of the change.  Now we are both excited about going to Guatemala.  If this was for a purpose, I cannot wait to see what that purpose is.

I know other changes are on my horizon and preparation continues.  I’m not sure where all of this will lead, but I’m starting to appreciate the adventure.  Also, I know that whatever may come, it is part of God’s plan for my life, and He always has good plans.

Jeremiah 29:11 (NIV)  For I know the plans I have for you,” declares the Lord, “plans to prosper you and not to harm you, plans to give you hope and a future.