First, no I’m not a Karen. But that is my gender and generation.

Second, there is no way I can comprehend what it is like to be black in America (that’s kinda going to be part of my point). But that also gives me a chance to speak to the others out there like me, or the Karens. Just because we don’t really know what it’s like, doesn’t mean we cannot add value to the situation. We can sympathize, empathize, and lend our voice to speak up for others. Changes don’t come unless people unite. 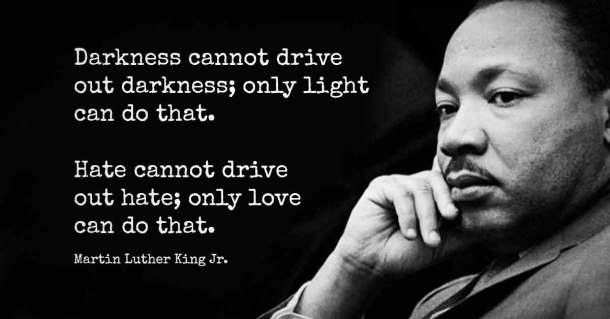 I was born into a middle-class white family in the late ’70s. Picture me as a first grader, fascinated by the noise my corduroy pants made when I walked. My small world consisted of avoiding being threatened by my sisters when I sang all the songs from the movie Annie and trying not to wear out the zipper on the pocket of my Kangaroo tennis shoes. One day in school we are taught about a man named Martin Luther King, Jr. He was a brave and respected man who made a difference for a lot of people in something called the Civil Rights movement. Also, he seemed very exotic to me (not that I knew what that meant). We were told he was black. I didn’t understand why I got a stern talking to when I used an actual black crayon to color him in on my coloring page in school. I was just told he was black. You see, I’m sure I had encountered black people, but I didn’t realize what that meant. I took it literally. People looked all kinds of different ways, and I didn’t give it much thought. I doubt I knew I was white. I thought I was sorta peach or apricot.

So in the innocence of being a kid, I had to figure out that the colors of people weren’t exactly literal and that some time in the past people that came in different colors had not treated each other well. It seemed like it was now all okay though because of that movement this brave man had been part of. We learned it as history, not an ongoing struggle, and when you’re a middle-class white kid, it’s not something you really grow up understanding or seeing every day. For the longest time, I guess I took for granted that the Civil Rights movement of the past meant racism was over now. I haven’t been trying to ignore it all these years. This was not intentional. It just hasn’t been something I noticed in my life. If you’ve been living your life on the other side of the race divide, I’m sure that sounds fairly stupid. But it’s true. At least I’m being honest.

I like to think of myself as a compassionate person with a tendency to empathize well. I’ve even done some of those emotional IQ tests and scored high. Yay me! And no, I’m not asking for any cookies.

But maybe I haven’t been very observant. Until more recently. I grew up, went places, read a lot, watched movies and tried to observe the world around me better. Sometimes you don’t want to believe what you learn. It hurts to see others who are put down and treated unjustly.

I asked God once to break my heart for what breaks his. Don’t ever pray that if you don’t mean it. Several years ago now, I learned about human trafficking, which is modern day slavery. It makes me sick that people still own other people and the atrocities of what these slaves have to endure. People are NOT property. No race, no gender, no children should ever be owned. A body may be owned, but not the inner person… until it persists so long that they give up. They let go of their identity and die a little inside. I HATE this. What is happening in our country right now is not just the result of a case of police brutality, which may or may not be based on race. It is so much deeper than that. Slavery in the literal sense ended with the Emancipation Proclamation, but in many cases true freedom still has not been achieved. I believe it’s a deep seated cancer that got into society long ago. As with most things, this is not necessarily true for the majority, but it only takes a few to taint everyone. Not all white people are running around having secret meetings in silly white hoods. I would venture to say most white people are not actively condoning racism. Many of us are disgusted by it. And on the other side, we see a people that has been held down for so long that many of them have lost their hope. They are stuck in cycles they just can’t seem to break, not because they don’t want to, but because they’ve never really been taught how or given the means to do it. (More on this in a later post, I think)

I used to think things were different, and I used to think everyone had an equal chance, but it is so much more complicated than that. More recently, my husband and I have watched some things that raised up more awareness in me and made me think. All of these are either based on true stories or portray a reality. First we finally watched the series The Wire. Season four, the one about the school kids in Baltimore, brought me to tears and broke my heart. Then we watched the movie The Green Book. It takes place in a time of segregation, but it showed the development of a friendship between two unlikely men, one black and one white (it’s more complicated than just that though). Netflix made a short series called When They See Us, about the Central Park Five. And most recently we watched Just Mercy. There are more out there. Plenty of documentaries and books too. These are just a few things that haunted me.

I don’t have solutions that will change society overnight. But I am hopeful that we have reached a point where more people are opening their eyes. I hear people saying we can fix this at the polls. But it’s not about politics. It’s about individuals. There needs to be a dialogue. We all need to try to understand each other. Change will have to happen from the bottom up, not from the top down. We may look different, but beneath our skin color, we really aren’t. We have the same basic needs. We all want to be loved, to be accepted, to know our loved ones are safe, to know that we are safe. We all laugh and cry. We feel joy and agonize in grief. I am sure there are more people who want to do good and see equality than there are those vile people who want to poison and divide society. We must be a bigger number, united in love. As Reverend Doctor Martin Luther King said, “There comes a time when silence is betrayal.” Speak out. But you also have to do it in love. I think sometimes we see problems as bigger than we are and think we cannot make a difference. Maybe not alone. But if we come together, light always wins over the darkness.

The least we can do is try to understand. Then we have to find a way to “be the change we wish to see.” That’s going to look different for everyone. But once you see the injustice, you have to do something. Start by following the command to love one another. Much will fall into place and healing will begin if we can do that. Loving means we must listen to each other and respect each other. And let’s please all agree to stop letting an irresponsible media further divide us. Let’s listen to each other, not them.

So come on, Karen. Put down that bottle of wine, cancel your nail appointment and channel that anger over the sign in the supermarket being in the wrong place into doing something good, something that makes a real difference. Become a Karen with a cause.