Reflections of a Mission Trip: The Faith to Go

I got home a couple days ago now from a week-long mission trip to Guatemala. I want to remember what I learned now while it’s still fresh. That being said, I have probably a few subjects on which to reflect, so I’ll spread them out. Otherwise this would be one long post. 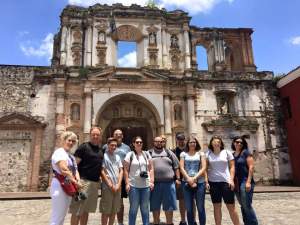 This was not my first mission trip. It wasn’t even my first mission trip to the same place; it was, in fact, the third mission trip I have taken to Guatemala. Since I’ve done it before, and I like a little sense of adventure in my life, this part was not scary. The unknowns of a foreign country can be a huge obstacle for some, and understandably so. Because of that, I knew when I was asked to be one of the leaders on this trip, that I could be an asset in guiding the team through this and helping them in knowing what to expect.

Ugh! I was going to start at the beginning, but I’m already getting ahead of myself.

I went to Guatemala in 2013 and 2014, but it’s been a few years. Life happened and I was just holding my head above water. Doing anything beyond that seemed impossible, so though I had it in my mind I would go back one day, I didn’t think the time was now. 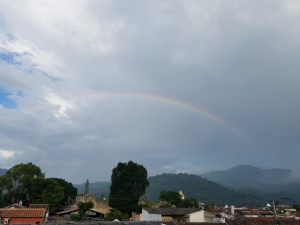 When I got the call from our international mission team leader asking if I would be one of the co-leaders for our church, I said I would talk it over with my husband, we would pray, and I’d let her know. In the back of my mind, or not even so far back, I really thought it would be a no. First, it was my husband’s turn to go, and it wouldn’t be fair to him. Second, mission trips cost money, and we had none. Third, my own life was a mess, so how could I possibly be someone a team could look to?

But after a few days of praying and discussing with my husband, I began to see it differently.  My husband had a focus of school and it had been a life change for us to send him back. I had been feeling depressed and useless. I had been given a new purpose in my life a few years before, but just had it taken away and was having trouble processing who and what I was, and whether I had a purpose or anything to offer to others anymore. Now I was being asked to take on an important role. This meant somebody felt I did have something to offer, and that idea was likely placed there by God. And when God says you have a purpose, you better say yes, strap in, and enjoy the ride, because He will use you if you let him. I knew I was at a point where I needed this.

But still, we were struggling so much financially, I felt it was wrong to do traditional money raising, and we certainly couldn’t do it ourselves. But I remembered just how perfectly the previous trips had worked in financial fundraising, one trip almost to the exact dollar. Of course, the trip was scheduled for three weeks before I had available paid vacation at work, so I would also be losing an entire week of pay when we were already living paycheck to paycheck. So, I decided if God was sending me, the money for the trip itself would come, and so would the money to cover my week of not getting paid.

Then there was still the nagging reminder that though it seemed God wanted me to go, I just couldn’t see how I was going to be effective when my own world was partially shattered.  If I was falling apart, how could I help hold together a team of people with varying personalities.

But God uses the messed up, the falling apart, the broken people. After all, I wasn’t going to do it by my own strength, but through Him. He would just be using me. Having learned over the last few years to live by faith when I couldn’t make sense of the world around me, He knew I was prepared for this. My being broken was what He wanted to use. 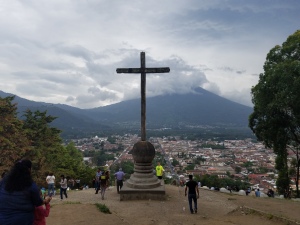 So after more prayers, more talks with my husband, and some tears, I called the international team leader and told her yes.

There are so many scriptures and so many songs that come to mind about being called, but these two scriptures are the ones that have gotten me through all the pain and heartache of the last few years:

“And we know that in all things God works for the good of those who love him, who have been called according to his purpose.”

“‘For I know the plans I have for you,’ declares the Lord, ‘plans to prosper you and not to harm you, plans to give you hope and a future.'”

Sure enough, we had several people on this trip who had never been before, and I was able to help prepare them and help guide them while we were there, to support them and encourage them. What a blessing that was, to watch as they experienced the emotions of such a trip, and to be able to be part of it. The funds were raised quickly and by less people than I would have expected. My portion was over 100% paid faster than any other trip I have gone on. My husband began a job where he is earning more and working more hours, in fact, much overtime right now, and it has more than made up for my missing week of work. And my brokenness? It was just the condition my heart needed to be in. 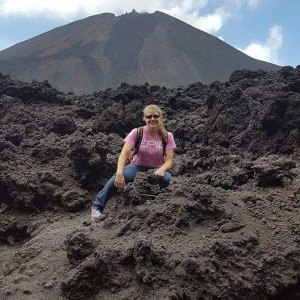 This was just the beginning of my story. I still want to reflect on what we did and the people of Guatemala, the sense of community and how it spans across cultures, and my personal attachments to Guatemala. Stay tuned. Those are coming. 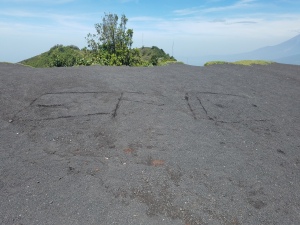 If you would like to read now about our work, one of my awesome teammates wrote a blog while we were there. Check it out here: epicgoguatemala.com

One of my other teammates shared this video for our team, and I want to share it with you. (Just click on “this video”).

Author of MEMOIRS OF AN ORDINARY GIRL series http://bit.ly/tlklaes
View all posts by caverns of my mind »
← Hitting the Glass Ceiling While Wearing Glass Slippers
Beauty from Pain: Reflections from Irma →