I’m excited to be part of this upcoming event. It will be a new experience for me and I’m getting to know some other authors through it.  I’d like to introduce just a couple of them to you today (Lilo Abernathy and Susanne Leist), with a couple more in a follow-up tomorrow.

Book she will be featuring: The Light Who Shines 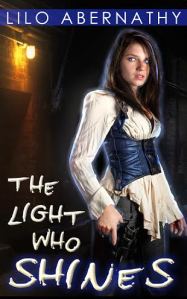 When Supernatural Investigation Bureau agent Bluebell Kildare (a.k.a. Blue) arrives at the scene of the crime, it’s obvious the grotesquely damaged body of the deceased teenage boy was caused by far more than a simple hit and run. Using her innate sixth sense, Blue uncovers a powerful magical artifact nearby. She soon discovers it acts as a key to an ancient Grimiore that was instrumental in the creation of the Vampire breed and still holds the power to unravel the boundaries between Earth and the Plane of Fire.

Blue and her clever wolf Varg follow a trail that starts at the Cock and Bull Tap and leads all through the town of Crimson Hollow. Between being sidelined by a stalker who sticks to the shadows and chasing a suspect who vanishes in thin air, the case is getting complicated. If that isn’t enough, Dark Vampire activity hits a record high, and hate crimes are increasing. However, it’s Blue’s growing feelings for Jack Tanner, her magnetic Daylight Vampire boss, that just might undo her.

While Blue searches for clues to nail the perpetrator, it seems someone else is conducting a search of their own. Who will find whom first?

Danger lurks in every corner, and Blue needs all her focus in this increasingly dangerous game or she risks ending up the next victim.

Book she will be featuring: The Dead Game 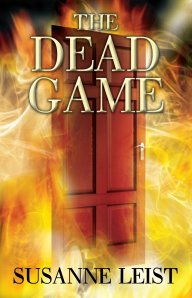 Linda moves to a small town to live a quieter and simpler life. She opens a bookstore and makes new friends. Life is simple–that is until the dead body washes up on shore. Linda is horrified to find that dead bodies and disappearing tourists are common for this town. As soon as the sun sets, she and her friends are stalked by dark shadows. But this is only the beginning.Linda and her group receive an unsigned invitation to a party at the deserted house on the hill. They are pursued through revolving rooms and dangerous traps, barely escaping with their lives. Two of their own remain trapped in the house. Or so they think. To save themselves and the town, they must reveal the true face of evil–the one controlling the game and its elusive players.The Dead Game has begun. 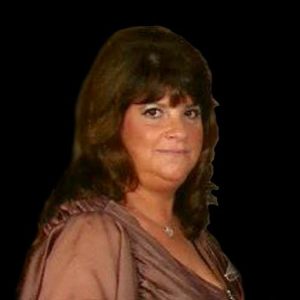