Sometimes I avoid honesty and give vague responses when asked specifics.  I’m going to use brutal honesty this time, embarrassing and sad as it is.

“How’s the book launch going?” I’ve heard (or had it messaged to me) several times since last Friday.  My responses have ranged from, “Hard to tell yet,” to “Could be a bit better.”

It’s not hard to tell when books are sold on Kindle or CreateSpace (both part of Amazon).  I can look it up in almost real time.  I just didn’t want to believe the results myself, let alone admit to anyone else how much my brand new baby book is not selling. One of the most puzzling things is that my first book, which nobody even knew about until after I launched it, did slightly better than this one, the one people were excited and supportive about…until I launched it.

Of course, that’s not quite fair.  People are still excited and supportive, all the way to the point before purchase.

I have sold exactly 20 books right now.  Don’t get me wrong. I appreciate those 20 sales.  I truly do.  And I’ll appreciate them even more if the buyers read and review them on Amazon and Goodreads.   I guess I had just set my sights higher for this book and I’ve put so much in to not only the writing and editing, but also the promotion, which is the hardest part.

I never wanted to be the whiny baby about my book sales, at least not publicly.  I usually keep a smile about it, and maybe crack jokes, even if I’m kicking my feet and throwing a tantrum on the inside.  I’m not an all caps kind of girl, so this must be important:

THIS IS NOT A PITY PARTY. IT’S AN AWARENESS INTERVENTION.

Yes, I’m feeling down about my book not hitting number one overnight.  Actually, my personal goal was 100 sales on my opening weekend.  What can I say? I’ve learned to set my goals often higher than a reasonable result should be expected.  But with the support I was feeling on the way into the launch, it seemed reasonable. Something went wrong.  Maybe a few things went wrong.

1) People generally do have the best intentions, but may lack follow through.  Life is full of distractions, and we’re surrounded by life on a daily basis.  I believe with all my heart that there are several people who tell themselves when they see something that reminds them about my book, “Oh, yeah, I want to get that.” And they really do want to, but then life happens and they simply forget.

2) People just assume the book is doing fine.  Unless you have gone through promoting a book yourself, it’s unlikely you would really comprehend how much work and how hard it is.

3) People tell themselves they’ll do it later. Because of number 1. Or maybe they are reading other books and decide they’ll get mine when they’re ready.  That’s what I would probably do because I already have so many books I want to read.

4) People want to be supportive because they think it’s really cool that I wrote two books now, but maybe the book content just is not appealing.  Not everyone is cut out for reading about a teenage girl, after all.

My solutions to the theories:

1) This is the hard one.  Write it down on a to do list or something.  It’s actually super easy to do just about any time because you can order from home, right from your computer, at any time of the day or night, and it hardly takes up any time.

2) It doesn’t matter how well-written and witty my book is.  If people don’t know it exists, they cannot buy/read it.  I need everyone I know to be part of my marketing team. Word of mouth recommendations are huge!

3) I appreciate that people who love to read are generally in the middle of one, two, or ten books at once already.  It can become overwhelming.  I would ask that if you know you want to read it at some point to go ahead and make the purchase now.  The better my book performs in sales right now, the better the chance I can keep the momentum rolling longer.  Then help me out with a review once you get a chance to read it.

4) I could argue that the book is entertaining no matter who you are, because I believe anyone who has ever experienced being a freshman or who lived during the early ’90s can relate, which is true, but some people just aren’t going to believe me.  That’s fine, but you know people who would enjoy it.  If you’re not going to read it, pass the word on to others, or buy it a gift form someone.

I’m not going to lose my passion and optimism.  My book is good and I believe in it.  I think once people read it, they’ll feel compelled to tell others.  I just need to get it into some hands for that to happen. I’m grateful for the people who have bought my book and those who are spreading the word.  Please don’t stop. I need you. 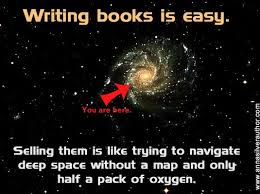